Not Allowed in china

I visited China a while back and was interested to find out what was deemed acceptable and what was inappropriate.  The following is my detailed report based on keen observations of the stick people sub-culture who seem to be pockets of resistance.
Let's start with the basics, OK, I'm good with no smoking and no poison. 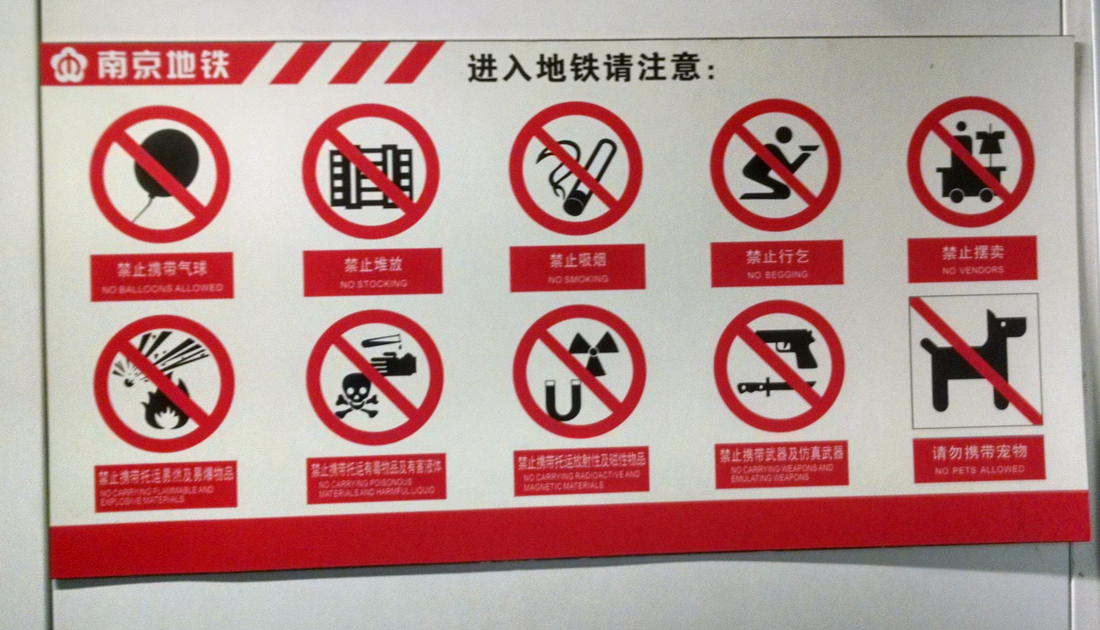 Then you apparently can't sell shirts on a stick.  (which is the whole reason I came to China, my shirt on a stick collection is running really low) 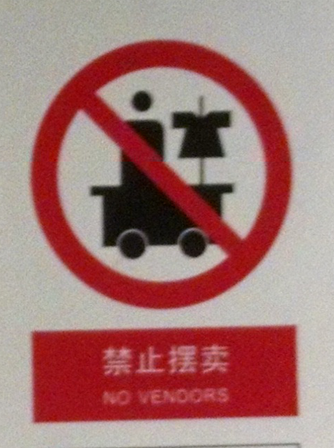 Now these two look like they're just having fun.  Maybe speed skating or doing a line dance.  Apparently, they're up to no good.  Keep up that chasing and disturbing and somebody's gonna get hurt! 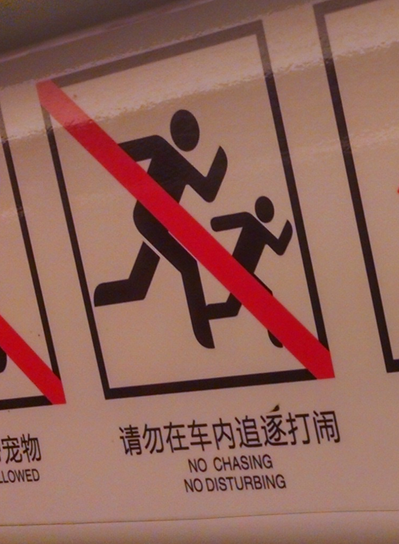 OK, spitting is gross, I'm good with this one. 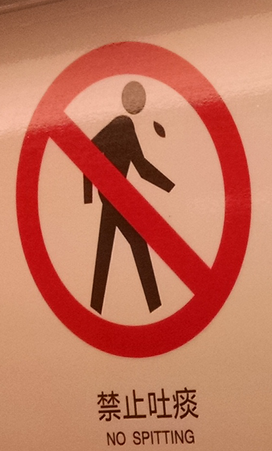 Now I thought exercise was good for you, but apparently, climbing on ladder's is out, way out.

Not to mention swinging.  No monkey play here, what do you think you're doing?  No, don't try, "..but officer, I was just hanging around..."
Are these stick people just out of control here? 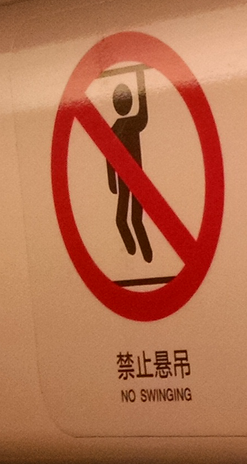 Begging with a bowl has been a century old practice for monks, guess this is a no monk AND no monkey kinda place. 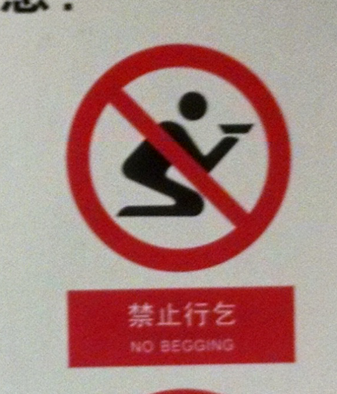 Mmm, don't hop the fence?  Not sure about this one.

This one confuses me, "No Stocking".  Stock?  Film stock, inventory stock, vegetable stock, a company's stock?  The image kind of looks like a movie film or maybe an escalator, or shelves or a building?  Perhaps we mean no Stalking, like following someone in a creepy way?  Guess that would be tough to do in a picture, but stairs or escalator?  I'm stumped on this one, glad I didn't do whatever this tells me not to do. 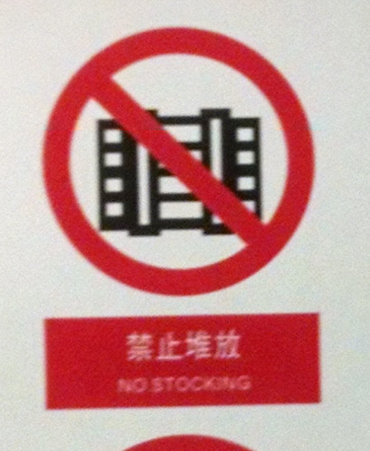 And the regular stuff to keep the place tidy.  But you can't eat a burger and soda?
And if you bring a weapon, or just emulate one (like saying "Bang, bang"), you're in trouble. 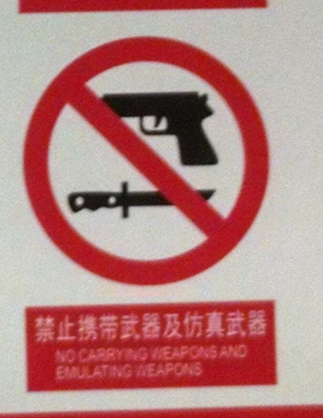 There you have it, things you shouldn't do in China...  Consider yourself informed :-)